In Michael Pollan's essay "What's Eating America" was very inconsistent.  He didn't really have a main topic for the essay.  His topics changed throughout the essay.  He made some references to some books that probably didn't need to be in the essay.  His opinions on the matters of the essay weren't very clear also.

He began the essay on the history of corn then the farming of corn in America.  He mentions that corn is a big part of American life.  There are about 45,000 corn products in our markets that he mentions.  After that he mentions the invention of chemical fertilizers that are made from ammonium nitrate.  The chemical nitrate had a big impact on agriculture.  There is mention from a reference to a book that the population today would be a lot small if the chemical fertilizer was not invented.  He then references to another book about Fritz Harber the inventor of a chemical fertilizer and that he won the Nobel Prize.  He also mentions the Fritz Harber's wife killed herself.  That reference could have been left out of the essay.  After all that he goes on a tangent on how the nitrogen from the fertilizers are poisonous to the environment.  If too much nitrogen is put into the environment, that it will eventually kill everything.  I believe that the nitrogen problem was the main topic for the essay because he mentions it a lot towards the end of the essay.  He should have just stayed on that topic.

The essay could have been done better if it was written starting with the main topic and ending on the same topic.  Instead he started with history of corn and ended with the harmful effects of nitrogen.  He did a complete 180 degree turn with his essay.  It seemed that there were too many topics for his essay.  The topics he mention seemed to contradict each other also.  He mentions on the good things of chemical fertilizers then goes on a tangent on how bad they are.  Overall he should have stayed with one subject for the essay.
Posted by Kyle at 12:34 PM 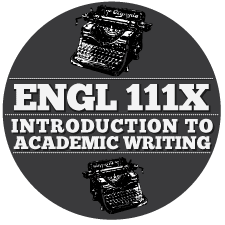